Just built some PVC speakers for my girlfriend and myself with some pleasing results. The intent was a bridge between desktop and home entertainment speakers, with the output on the side of home entertainment, however the speakers are a little large for a desktop.

Speaker cabinet size and shape are closely related to driver parameters and must be carefully tuned. I played around with a few online calculators, but ultimately chose to build a cabinet a bit small for the volume needed by my drivers (buy drivers after choosing enclosure size!).

I also added a port to try and bring out more bass from the enclosures. Porting is an interesting phenomenon. The wave fronts of the forward and reverse motion of the driver must be isolated as they are out of phase with each other and will cancel one another out, motivating the idea of the loudspeaker enclosure. However when implementing a port tuned to the correct frequency, somehow lower frequencies are shifted back another pi radians, bringing them one full wavelength behind the front emissions of the driver. This allows a boost in the low frequencies at a cost of crispness to the sound. As I listen mostly to rock and music with a lot of reverb, this was not a problem for me. Sadly, the good texts on the science are prohibitively expensive (~$150 or so), but there are several websites with novice explanations and some helpful calculators:

There are many other sites out there with some good reading, though I couldn’t find much on the actual derivation of the Thiele/Small parameters of a speaker driver.

I applied two coats of pigment paint to get from white PVC to the tint, then three successive coats of high-gloss clear coat to bring out a candy color depth. The idea was to intermix candy colors with an industrial looking enclosure. Speaker driver and port were both places with silicone alone. I initially thought to use exoxy, but as there are so many vibrations, decided something with some damping ability wouldn’t hurt. Cutting the port holes proved a challenge: I initially tried a paddle bit in a drill press, but that was just blowing PVC chips everywhere so I ended up using a dremel cutter and a lot of patience. The ports snug fit into the hole with the Silicone around them only to make the fit air tight.

The Lepai amp certainly is worth the cheap price (unbeatable), and I easily mounted it behind a cabinet to streamline my stereo setup. The LEDs on the volume knob were way too bright however, so I soldered two 220kOhm resisters in series with them, which ended up shorting out the LEDs altogether.. which is fine with me as the power switch on the front is enough indication of if the amp is on. Beware though, with this setup, with an MP3 device at full volume, the volume on the lepai only got to about 45% before I started worrying about the safety of the drivers; I just marked the volume knob with a new max, but fear someone at a party cranking all the way up and blowing the speakers.

All in all, as a full entertainment center, this setup certainly needs a subwoofer to bring up the lowend, but for easy listening to small party, these speakers certainly handle the job. See below for parts list, photos. 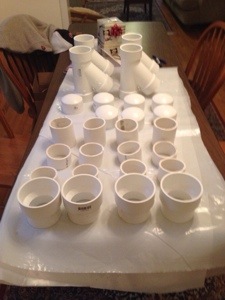 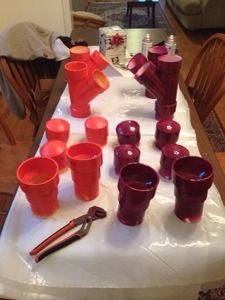 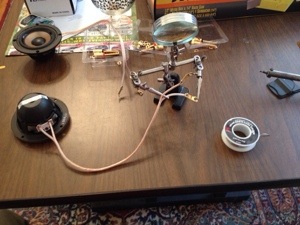 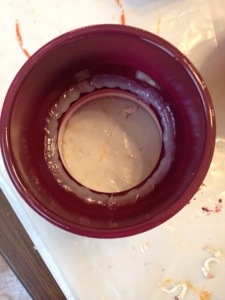 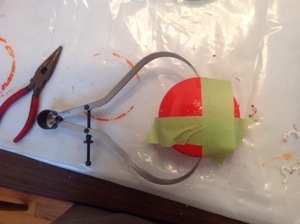 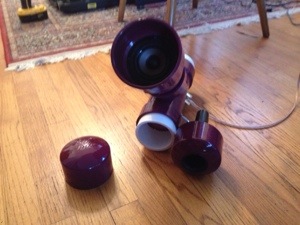 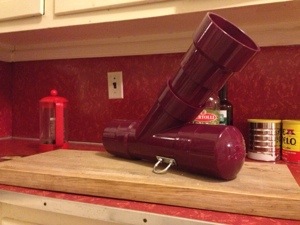 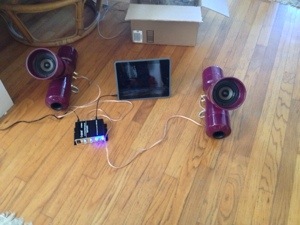 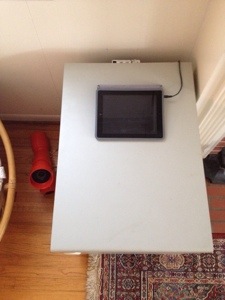